Why Getting Him Back Won't Help

Andrew
June 18, 2013
The Rules Revisited
I need to give some advice that doesn't fall strictly into the category of "here is what you don't realize about men" (or what men like) - not because I want to change the theme of the blog, but because the misunderstanding it corrects is rampant in young relationships, and hopefully pointing it out will free some mental space in the minds of young women so they can instead focus more on their misconceptions about what men want, or other more-important things.

I have answered dozens if not hundreds of e-mails asking for advice about how to correct a relationship after a break-up or a break-up attempt. They usually sound something like this:

We talked about it, and eventually he changed his mind, because we were both more open and honest with each other. We ended agreeing to give it another shot, and to do X, Y and Z differently. So we're still together.

I am glad we worked things out, but now I feel like he has all the power. It's like I got "almost-dumped." I'm not completely happy with the situation but I am also unsure about how to proceed. What should I do??

In other situations, one person breaks up with the other, and then (by either party's initiative) the couple gets back together, thinking that "this time it will be better." In either case, the important characteristic is that the relationship reaches or nears its end, only to make what seems to be a thankful recovery.

The main problem in these situations normally isn't that one person can't follow through with the promise to change X, Y or Z (though this too is very frequently true, and a close secondary problem). The main problem, and what most people fail to recognize, is that when a relationship nears or reaches a failure point, its limits are defined.

Prior to such an episode, each party could believe - and usually at least hoped - that the relationship was strong enough to sustain limitless difficulties. Neither party knew how much it would take to break the other's feelings or commitment. But a break-up (or near-break-up) changes that irreversibly. Suddenly one partner knows that the other's commitment has real limits. What was once "a love that knew no bounds" and apparently bottomless, is shown to be of finite dept - maybe even shallow. So the disappointment comes, not because the relationship is broken, but because it is shown to be breakable. 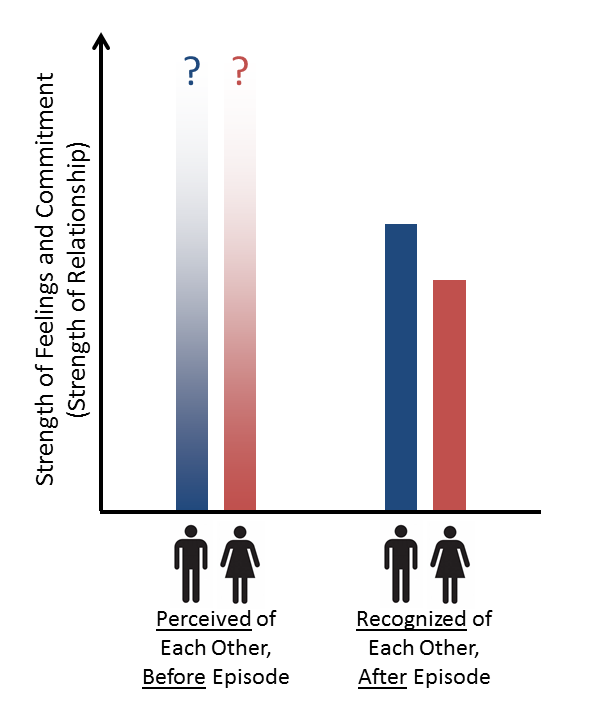 There is an additional aspect of this phenomenon that makes it all the more condemning. While each partner previously compared their other dating options to something of unknown and conceivably infinite strength (i.e. their existing relationship), a doubt-forming episode will mean that they now compare their options to something they know to be finite, and perhaps even weak. Both the man and woman will convince themselves far more easily that things could be perfect with someone else, because their optimism about dating, stripped of its previous object, needs a new outlet. So in addition to seeming weaker in-and-of itself, the existing relationship will now be compared to inflated alternatives. 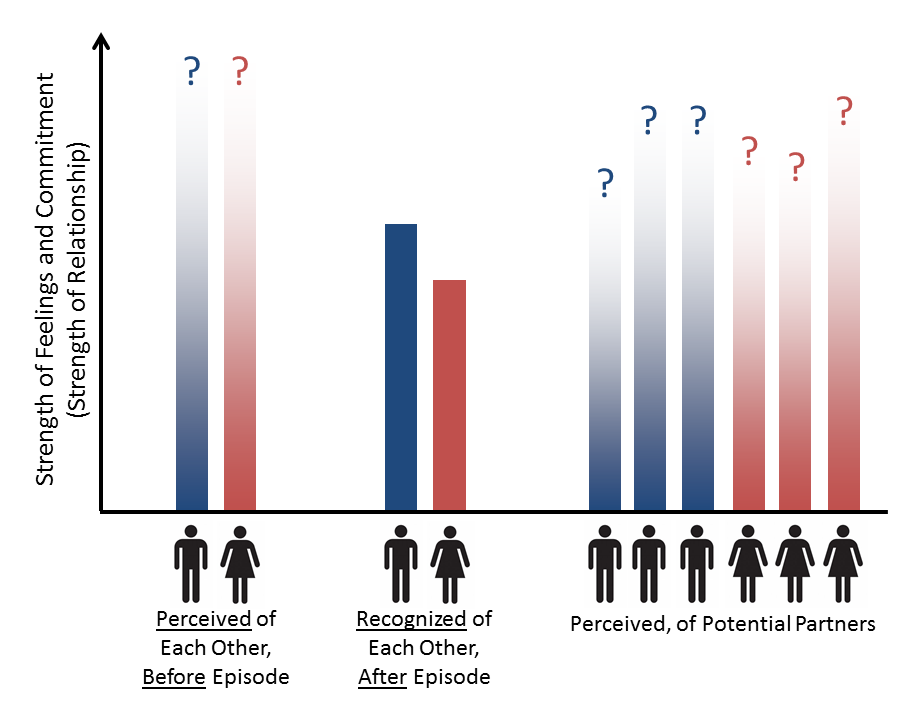 I have a very good guy friend who has been married for six years. His wife recently asked him for a divorce. He confided in me recently that this is actually the second time it's happened; two years into the marriage she did the same thing. At the time, he refused the divorce. He wanted to try to make it work, so they talked it through and she agreed. He essentially convinced her to "work on the relationship" and try to make the best of it.

Four years later, she's done the same thing, and this time, he isn't fighting it - because now he recognizes what I am saying here. Those four years, he admitted to me recently, were always spent in doubt of her feelings and fidelity, caused by the simple fact that she voiced her discontent. The relationship was ostensibly maintained, but the reality was that it had already been undermined by her attempt to end it; and my friend proceeded to waste four years trying to salvage what he essentially knew was dead after two.

Granted, there are some instances in which a break-up or fight doesn't reveal a relationship's depth, just as there are situations in which you might be willing to live with the limitations that such an episode often does reveal. The point here isn't to imply that all break-ups or fights are premonitions of ultimate failure, but to point out that if you find yourself disappointed in spite of having "saved" your relationship from a bad episode, it is almost certainly because that episode showed you that your relationship is more fragile than you'd hoped. So before you spend all kinds of emotional energy trying to get your boyfriend back or resisting a break-up, ask yourself whether just having him (or just having him back) is actually enough to satisfy you.


Related Posts
1. Why Do You Want Him Back?
2. Why Rejection Is a Good Thing
3. Get Used to Rejection
Previous Next