Your Hand Can't Hide Your Ass

There's one thing some girls do that never fails to make me laugh. When they walk by a group of guys and suspect that the guys will check out her ass, they try to subtly drape their hand across their butt in an attempt to shield it from the guys' view. This is always funny because (a) it's never subtle and (b) it is absolutely ineffective. Although some girls might only be trying to "disrupt" the guys' view, rather than block it completely, it simply doesn't work. Whatever curve (or lack thereof) you might be successful in hiding on one side of your ass can just as easily be seen on the other. You'd have better luck trying to shade yourself from the sun with a broomstick.

But, as you might have guessed, I am not writing this just to remind your of your body proportions. No, there is something more important going on, and the attempt to hide your ass is just the symptom. By hiding your ass, you are either expressing insecurity about your body, or else you are showing your lack of comfort with male sexuality.

If you are trying to hide your ass because you don't like the way it looks, you are essentially saying "I am discontent with my body, so I am going to try to hide it." And I get that no one is completely content with their body; it's the hiding it part that is the problem. The alternative, of course, is to say "I am discontent with the way my ass looks, so I am going to do something to change it." By draping your hand across your butt, you are being dishonest rather than proactive. You are doing the same thing as the guy who, when asked by a girl what he does, tells her he "has his own company," when the truth is that he works at his dad's gas station for 50 hours a week and is making a weak-at-best attempt to start a website selling graphic t-shirts on the side. In the same way that he needs to start admitting what he really does with 95% of his time (and then doing something to change it if that makes him uncomfortable), you need to let men look at your ass for what it is, and then use the resulting discomfort as motivation for squats, lunges or dieting.

Granted, the guy who checks you out from behind probably isn't being completely honest either. If he were, he wouldn't wait until you passed to "steal" a look at your ass; he would do it while you are watching. Of course there is the practical consideration that a girl's ass can only be seen from behind, but this doesn't change the fact that most men are too scared or ashamed to express their sexual interest in a girl directly. Those guys probably liked your face or chest more than your ass, but checking those out would have required eye contact and revealing that they like you, which of course requires facing rejection. Anyway, just because most men are insincere in looking doesn't excuse you for being insincere in hiding. I am only saying so to point out that this isn't a gender-specific problem. 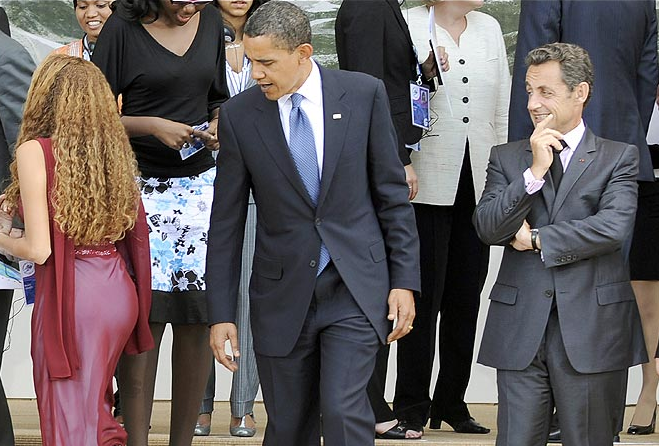 Now, if, on the other hand, you are attempting to hide your ass in spite of being perfectly comfortable with the way it looks, there is only one explanation: you don't feel comfortable with male sexual desire. This might be because of its intensity, or because you don't really understand it* (perhaps because you have no experience with it), or it might be because your sister or friend is on the receiving end of it far more than you. Whatever the case, it makes you uneasy.

You might attempt to defend this uneasiness by saying that you "don't like being treated like a piece of meat," but this is just an example of clever semantics putting a negative spin on a phenomenon that is so natural that you couldn't - or more accurately, wouldn't - exist without it. Straight men who are unmotivated by an attractive female body are about as common as women who are unmotivated by the idea of commitment. Good luck finding them. You either need to get used to that idea, or get used to the idea of being single, because if you can't feel comfortable with the fact that a man feels sexually attracted to the curves of your body, you can't feel comfortable with men.

Let me be clear here: I am not trying to defend men who only care about a woman's looks (who, by the way don't exist - but this is the topic for another post), and I am not trying to defend rude or crass expressions of male physical desire, like cat-calling or groping. But I am trying to point out that it isn't normal or healthy for women to walk around constantly worried about whether or not men are looking at their asses. And it certainly isn't normal to awkwardly pretend that your limbs happen to be in conveniently "concealing" locations when they have no natural business being there.

So if you are one of the girls doing this, realize that men know what you are trying to do and it doesn't work. And if you want to dig a little deeper, recognize it as a sign of a psychological kink that you need to work on.

Related Posts
1. Female Beauty is Highly Controllable
2. There Is Nothing Modest About Loose Jeans
3. How to Get "The Right Kind of Attention"
4. How to Date as a Virgin