The culmination of the pro-women movements and their unabashed abandonment of logic and reason is that their narrative can now be publicly misandric and any critical opposition is simply ignored as they march forward. Everything leading up to this has created the Hollywood sex scandal fever. 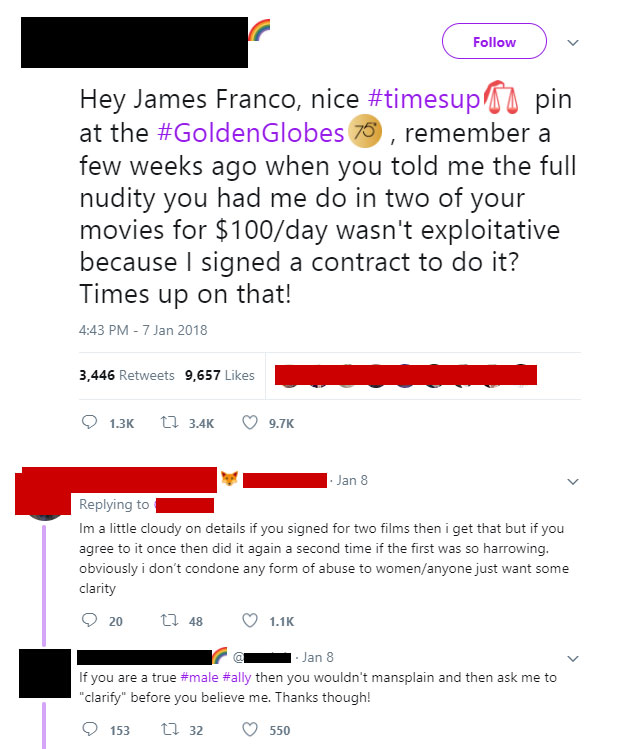