Why do feminists discuss the idea of imposter syndrome? They have literally created it. Entire industries are filled with women who have been artifically hired/promoted/overpaid, simply due to their junk. Most will still claim they are "discriminated against" LOL the rest will suffer imposter syndrm 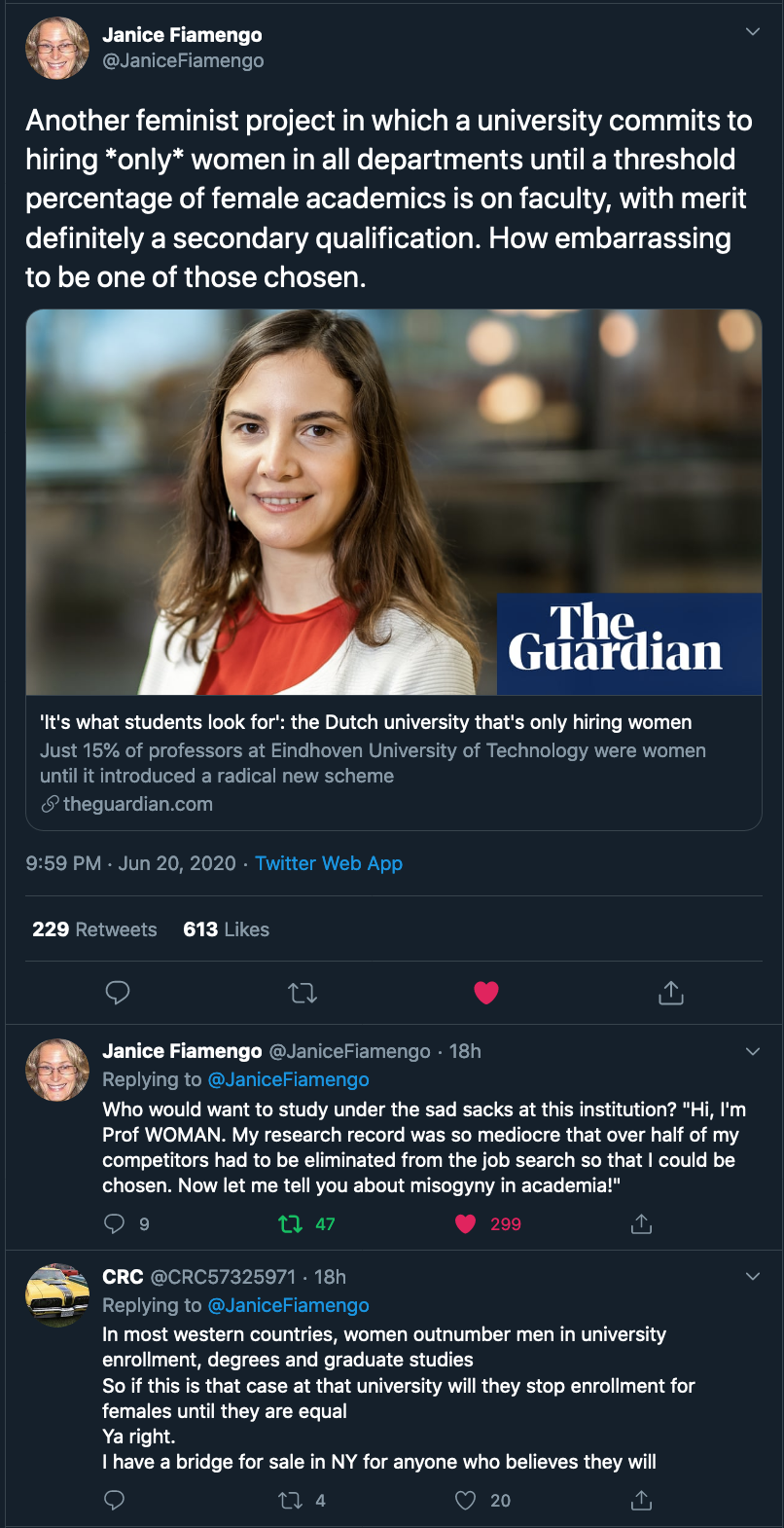