And of course he ignores the fact that people have use the BLM mantra to attack people in the streets and burn down cities. 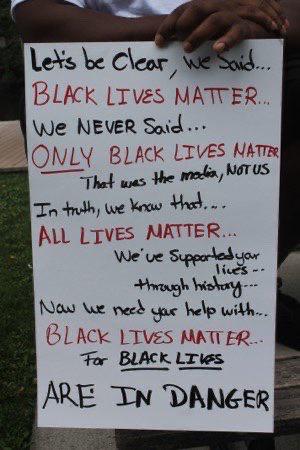