Ahhh so this is the famous feminist researcher who came up with the FALSE 1 in 4 college women are raped in their lifetime. She is an EXPERT advisor to the CDC on sexual violence and frequently cited by government agencies, charities, NGOs..... GYNOCENTRISM/ MALE DISPOSABILITY/ MISANDRY 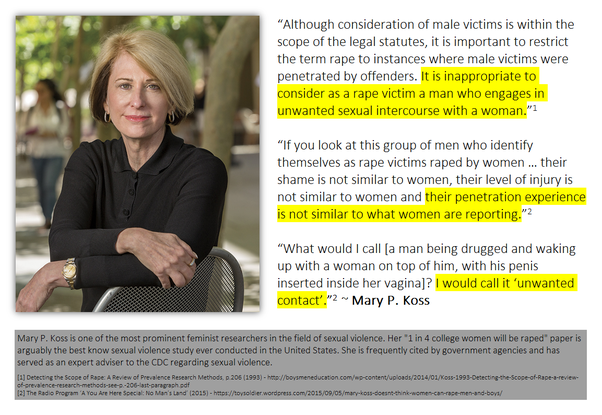