This whole list says do not rape 9 times. Do feminists think that all men are rapists? 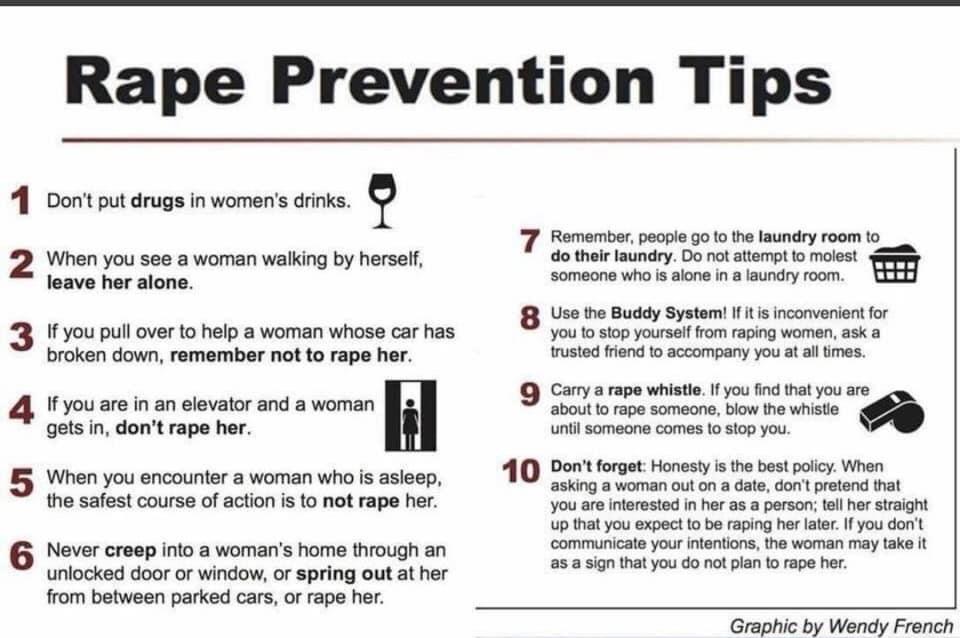