Of course, a feminist Twitter account blames Johnny Depp for speaking out over his abuse and supports the actual abuser. Says the campaign for justice for Depp is full of misinformation. 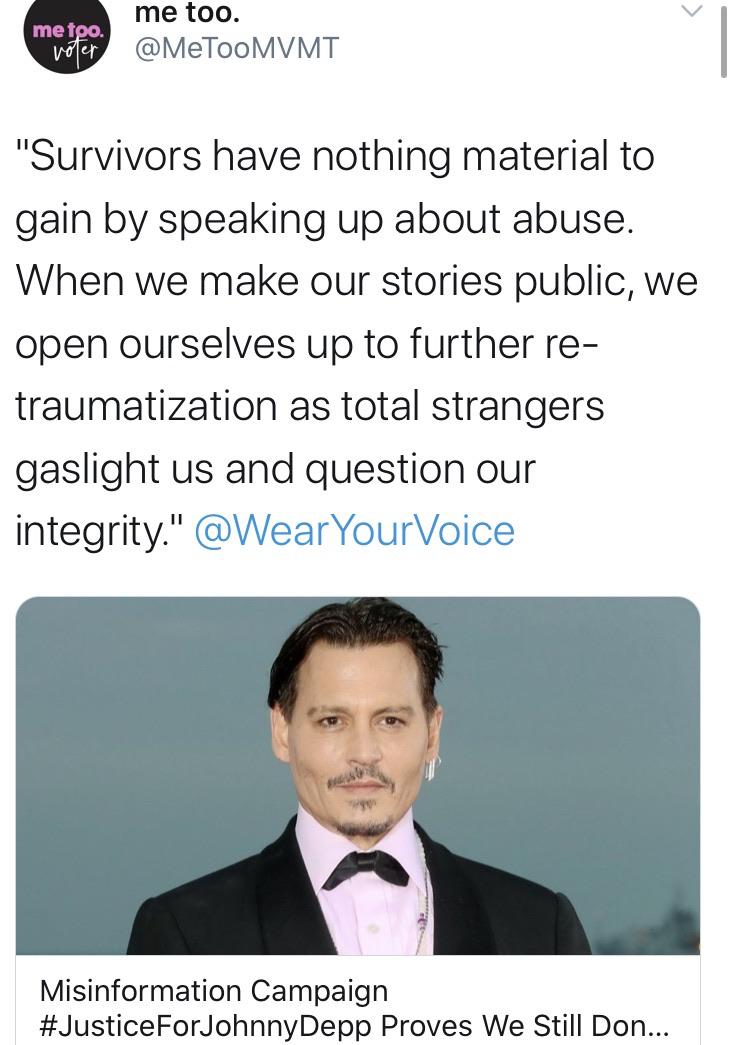