Got banned from r/feminism for this post lmao, shows their acceptance of "equal" rights 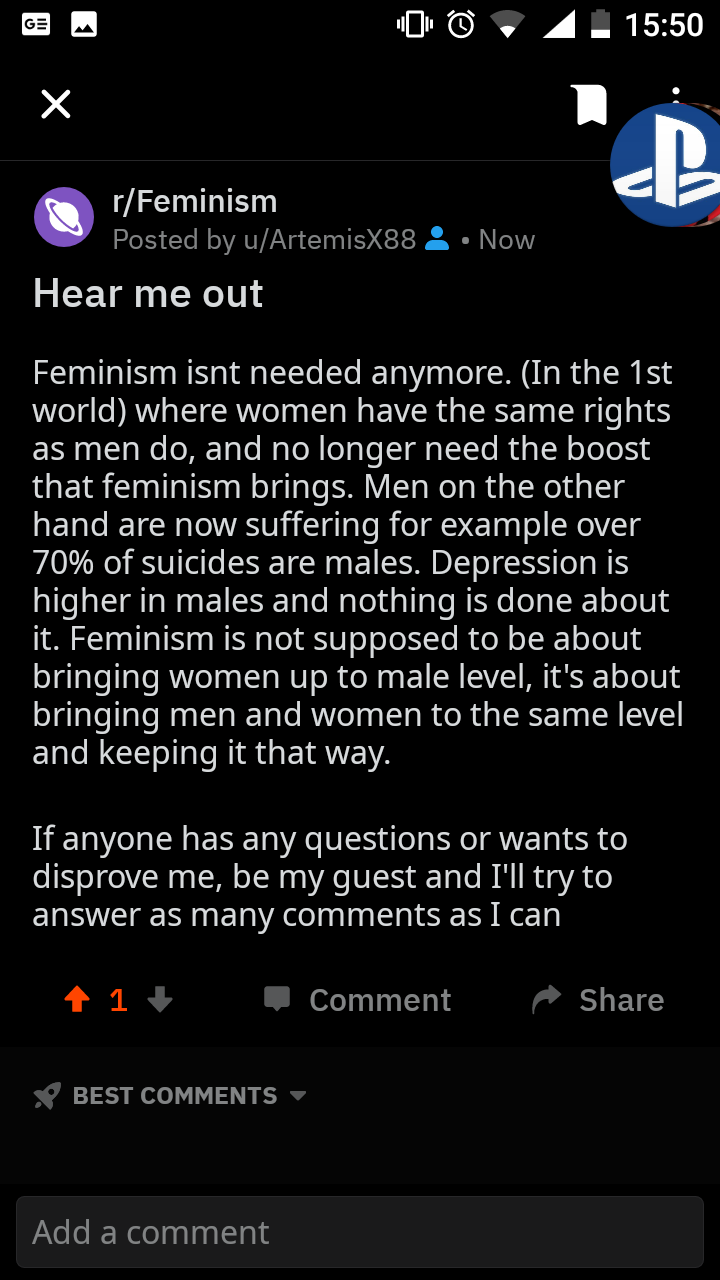