I know i shouldn't give any more attention to r/thefairersex, but it looks like our subreddit is toxic masculinity subreddit 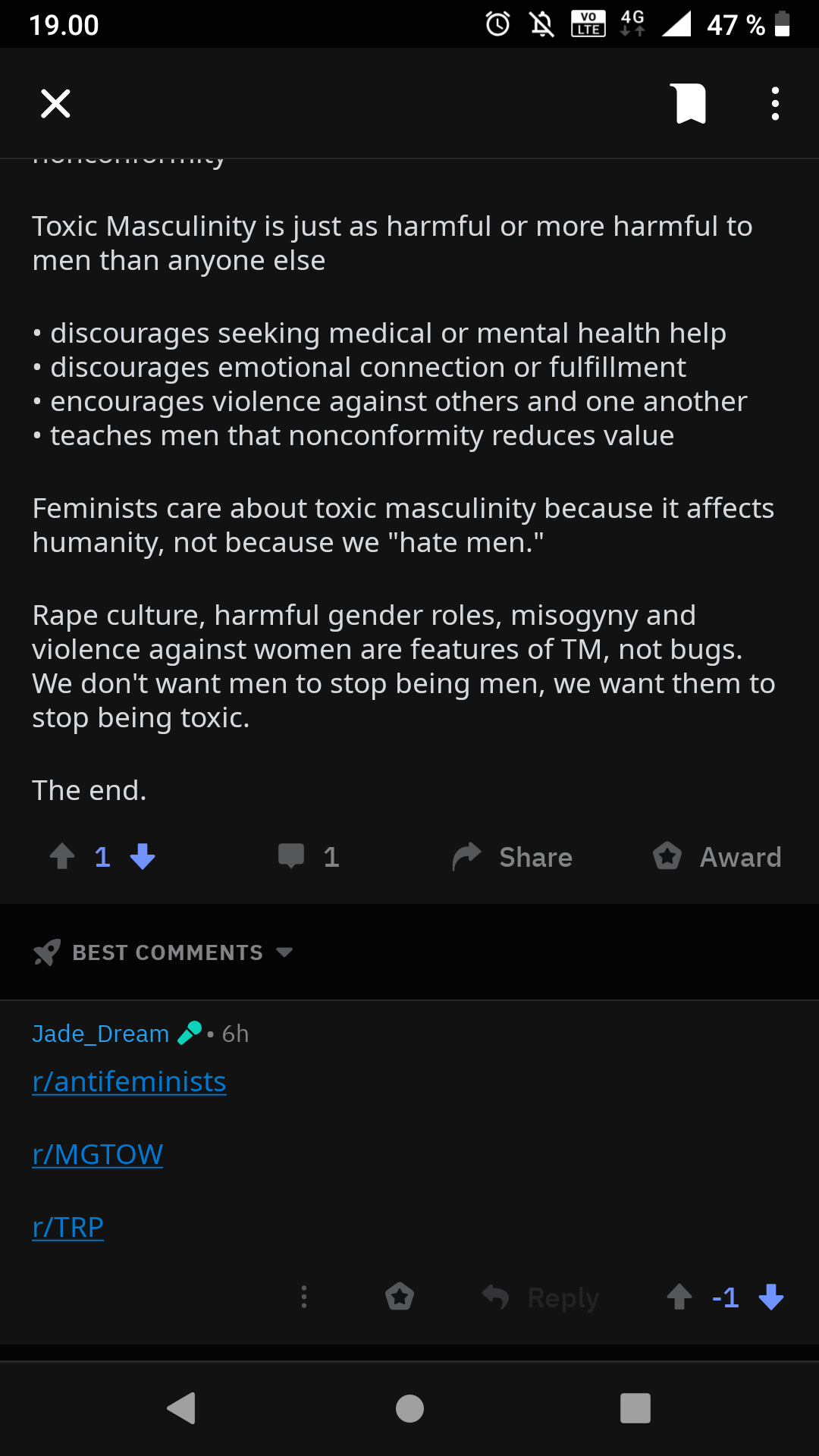