Feminist doesn't understand character creators as part of player choice in RPGs, thinks you should be forced to play as female, because most RPG players play as male characters. 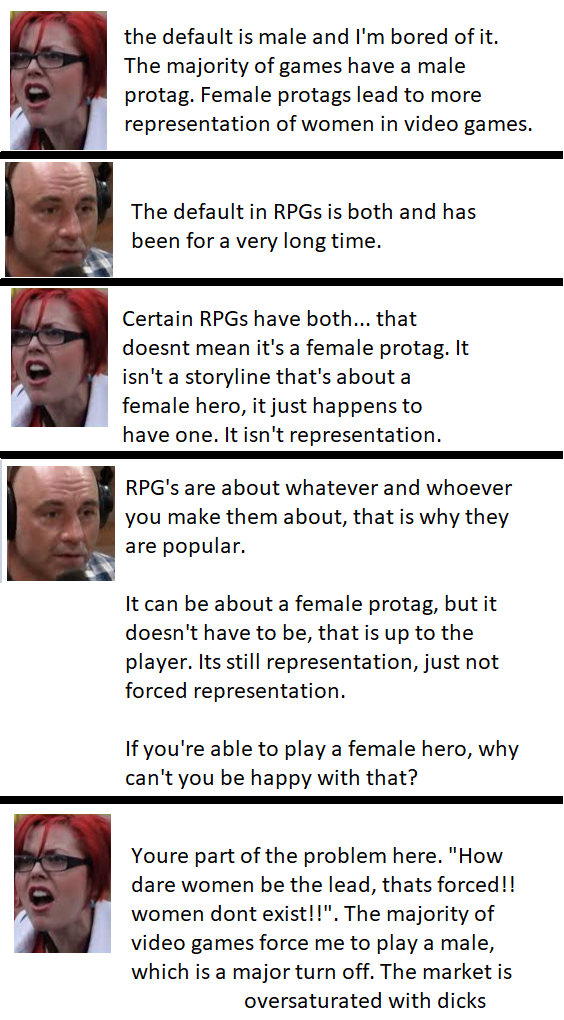