Let me get this straight, 'simp' is an attack on women now? 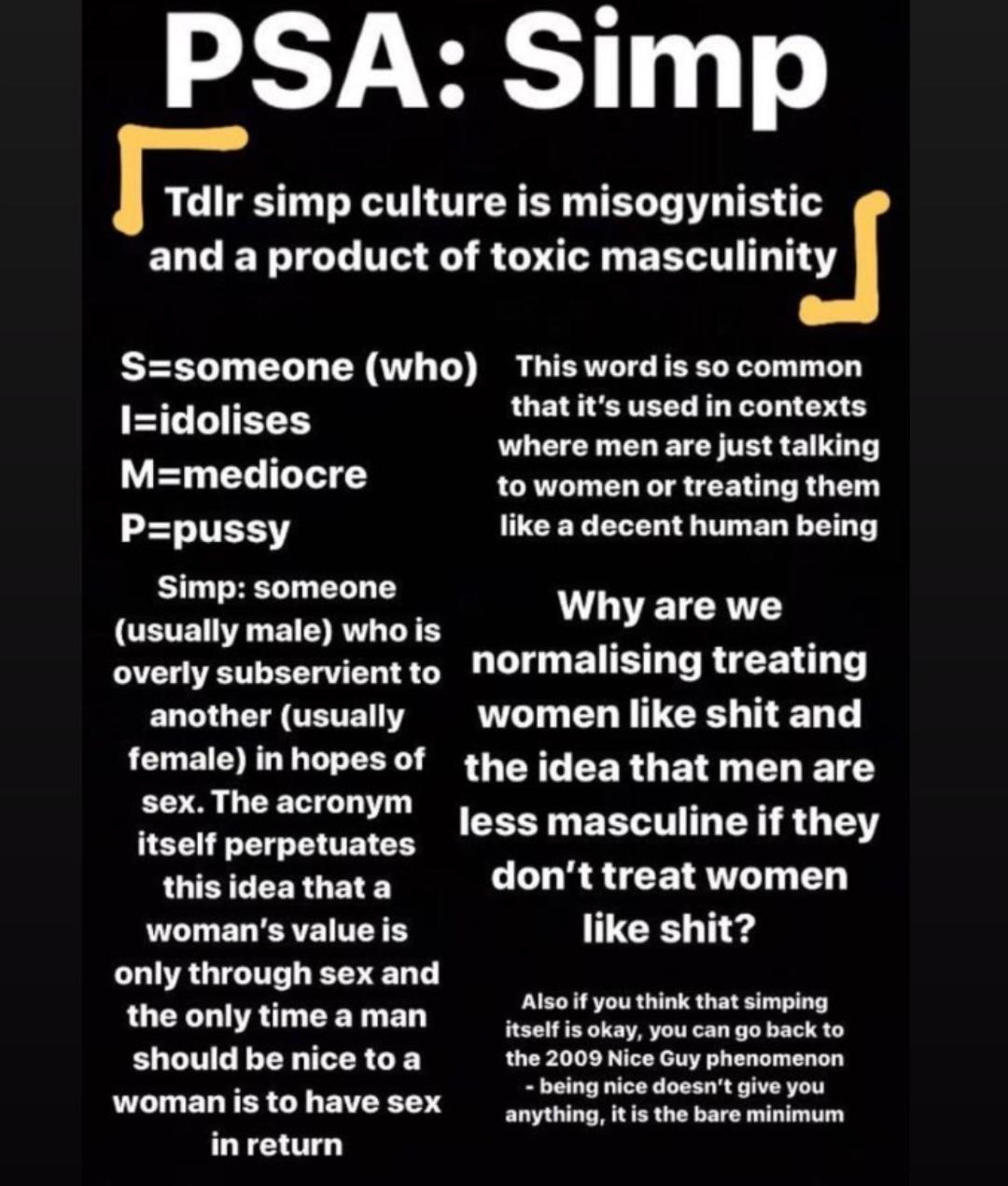