Central Park Karen does have a racial element. However, it is primarily gender issue... its good this happened to a black man so at least the story broke out and her feminists entitlment is seen and people took action, if it was a white dude it wouldnt have been a story 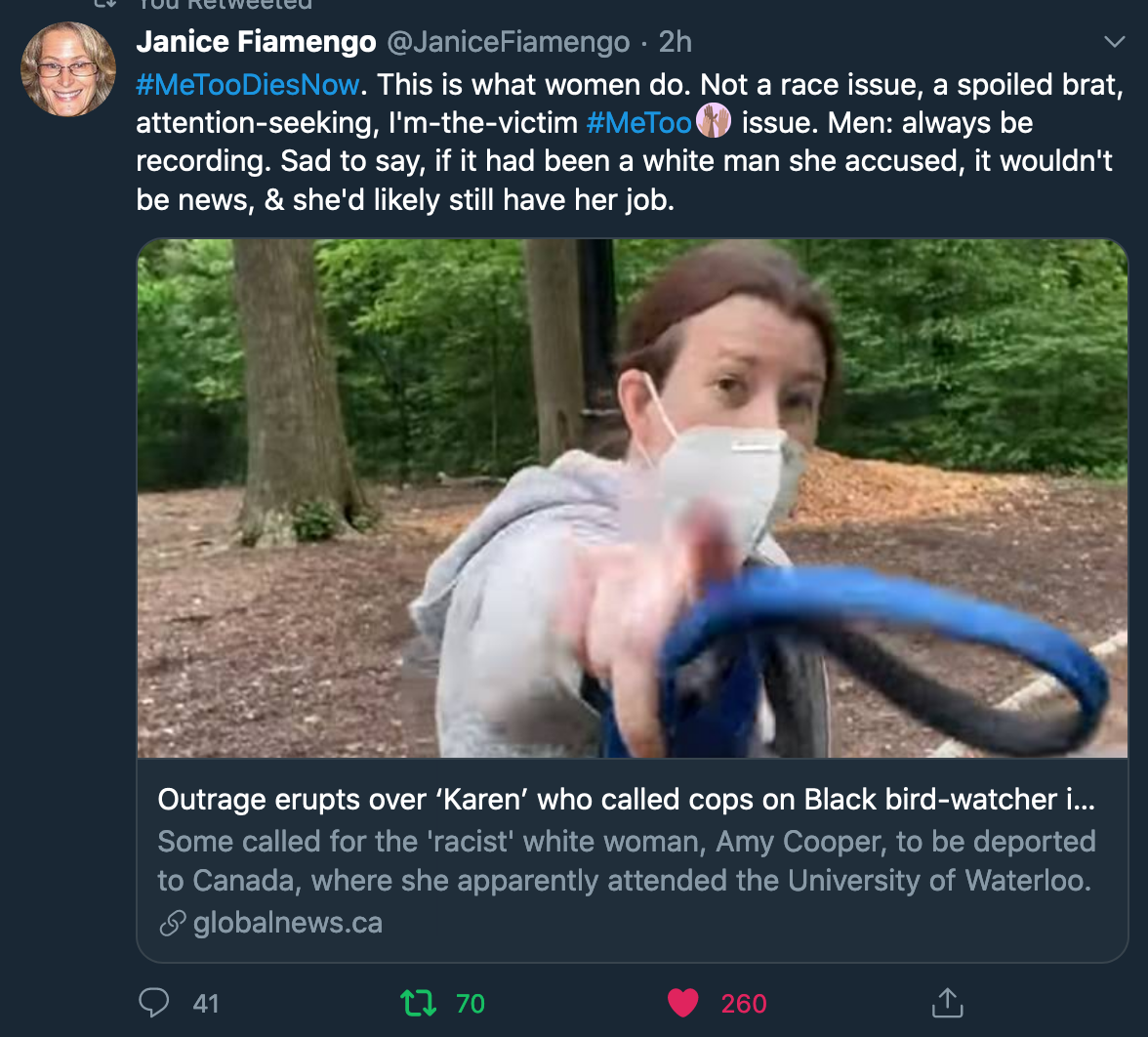