Feminists: Let’s make a page where people can ask us the questions that we want to be asked, anyone who asks a question we don’t like we’ll simply just ban! 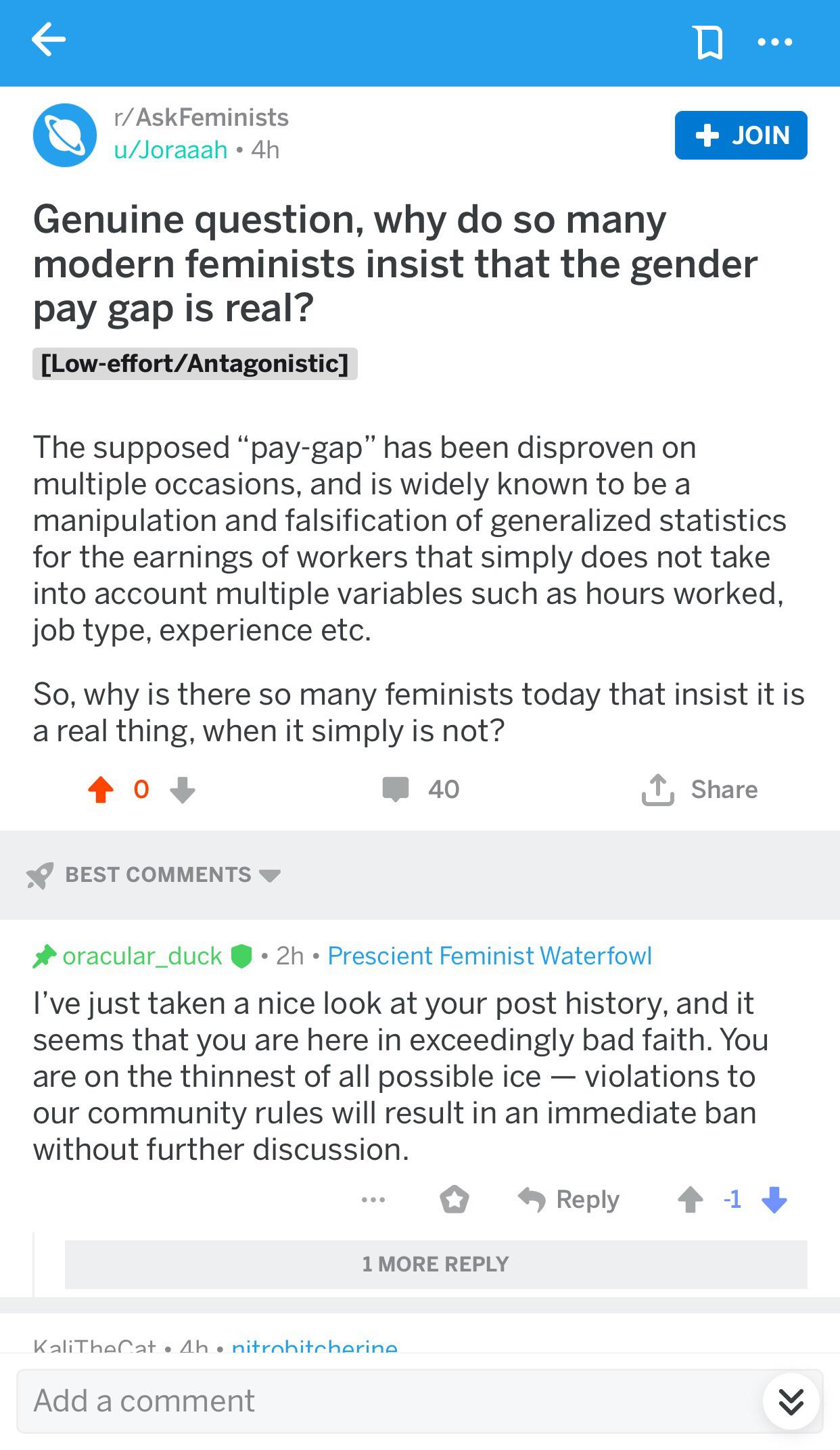