Do you know where I found this? You guessed right, r/feminism. 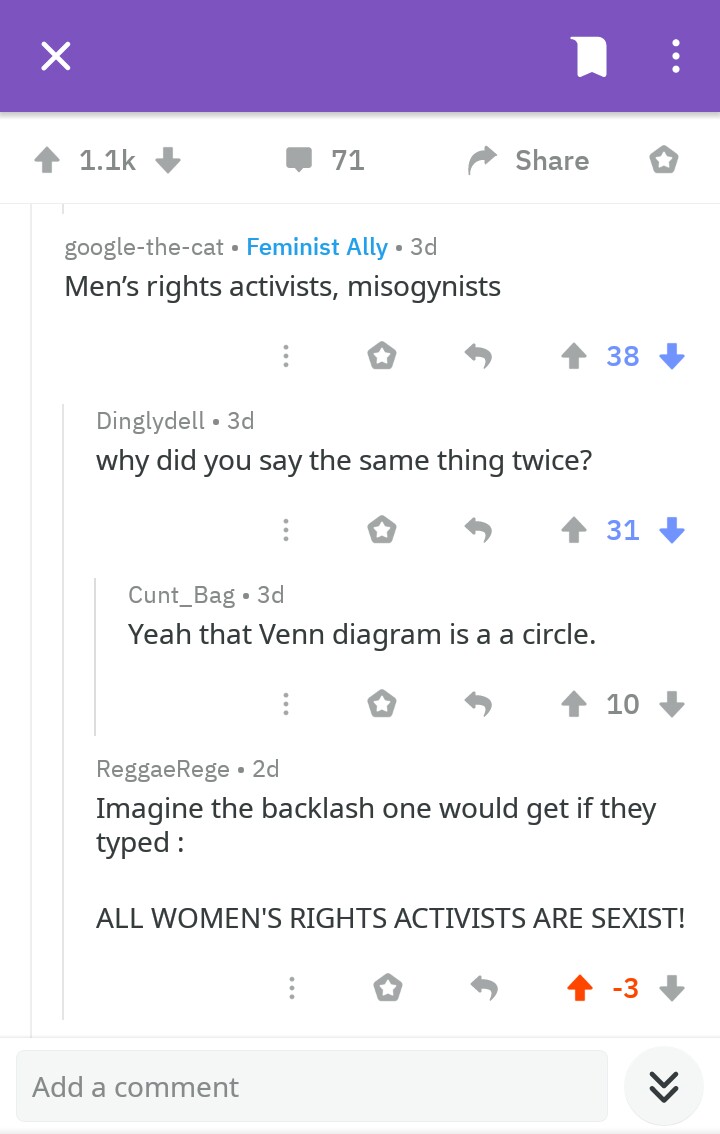