Guilty of what? He might not have been found guilty of rape but for another crime. Rape is a very difficult crime to prove because it requires a very high standard of evidence, not because we live in a rape culture. 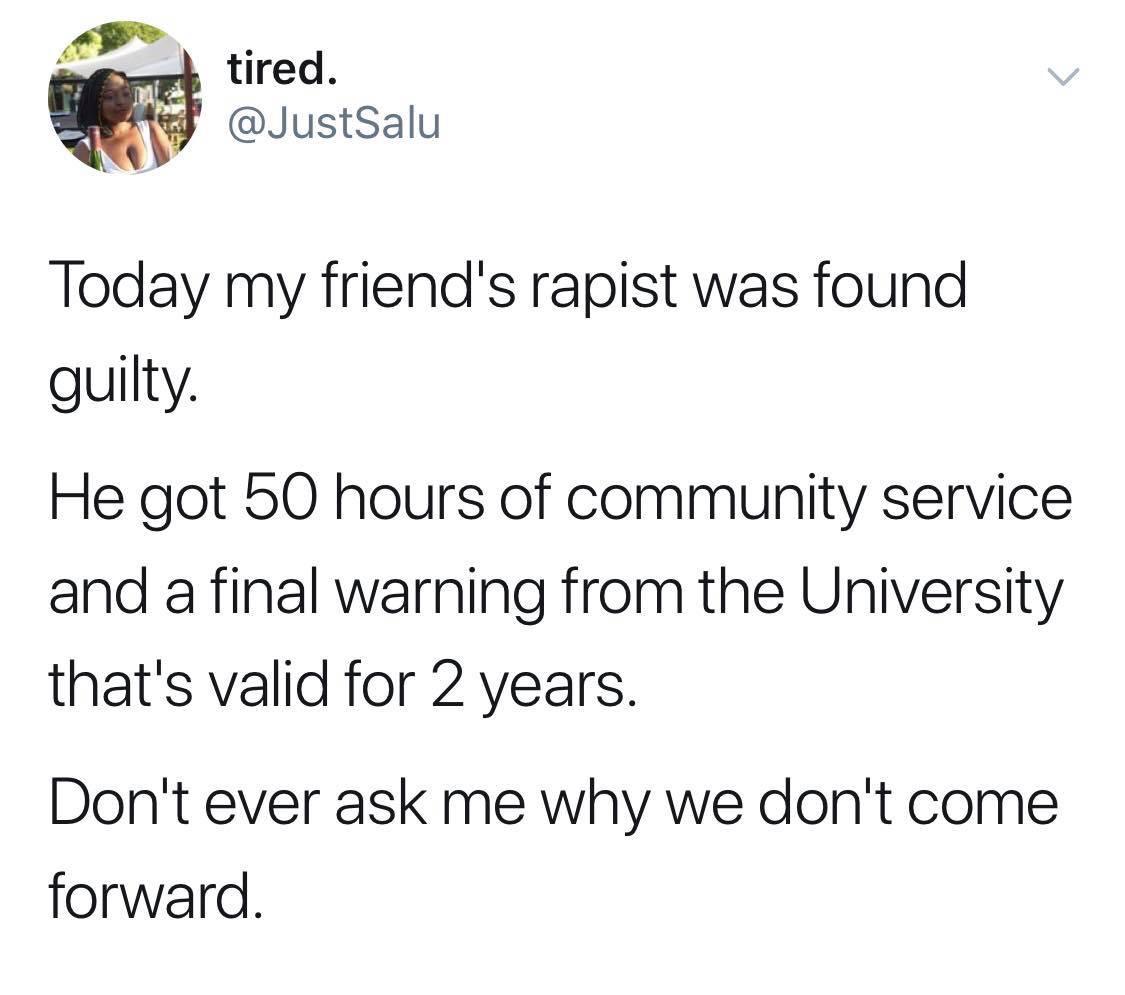