I'm dying! 🤣these retards really believe that they don't have a gender. And they call anyone who doesn't agree with their bullshit Nazis.. Do they even fucking know what Nazis are? such a slap iin the face of real victims. 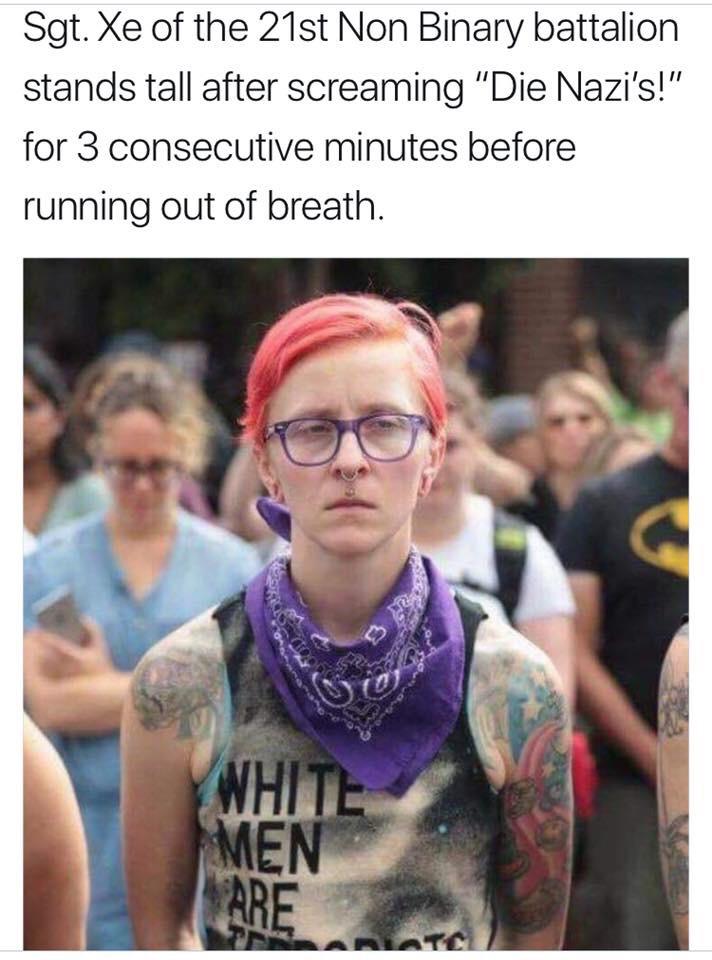