Well done for leaving the feminst cult, and all your other achievements 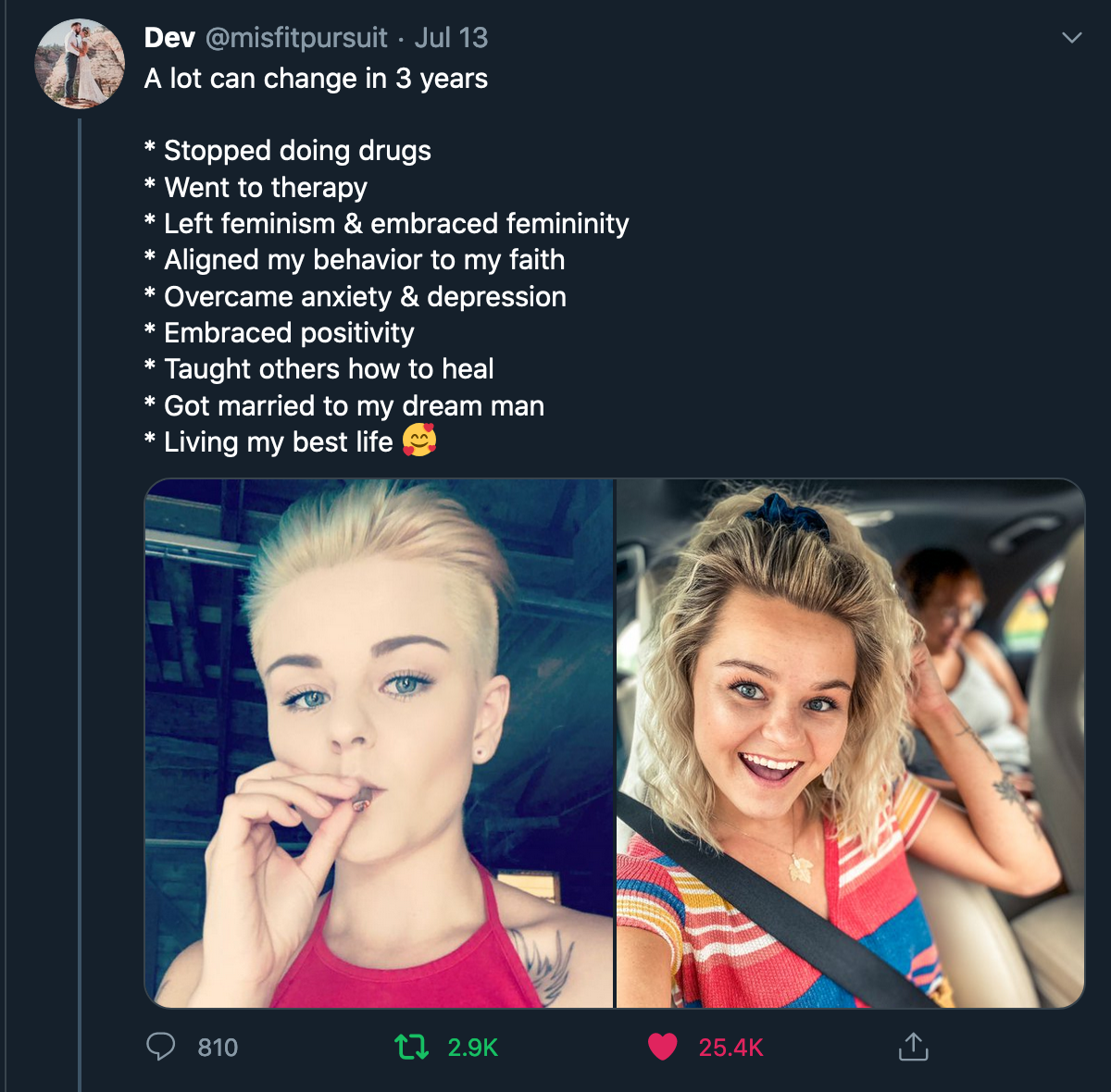