Do you feel that an intellectual criticism of women's suffrage is promoting hate? I think this has especially come to attention as Ukraine is drafting its men to fight in their war. The right to vote is tied to one having signed up for selective services, yet there's no expectation for women. 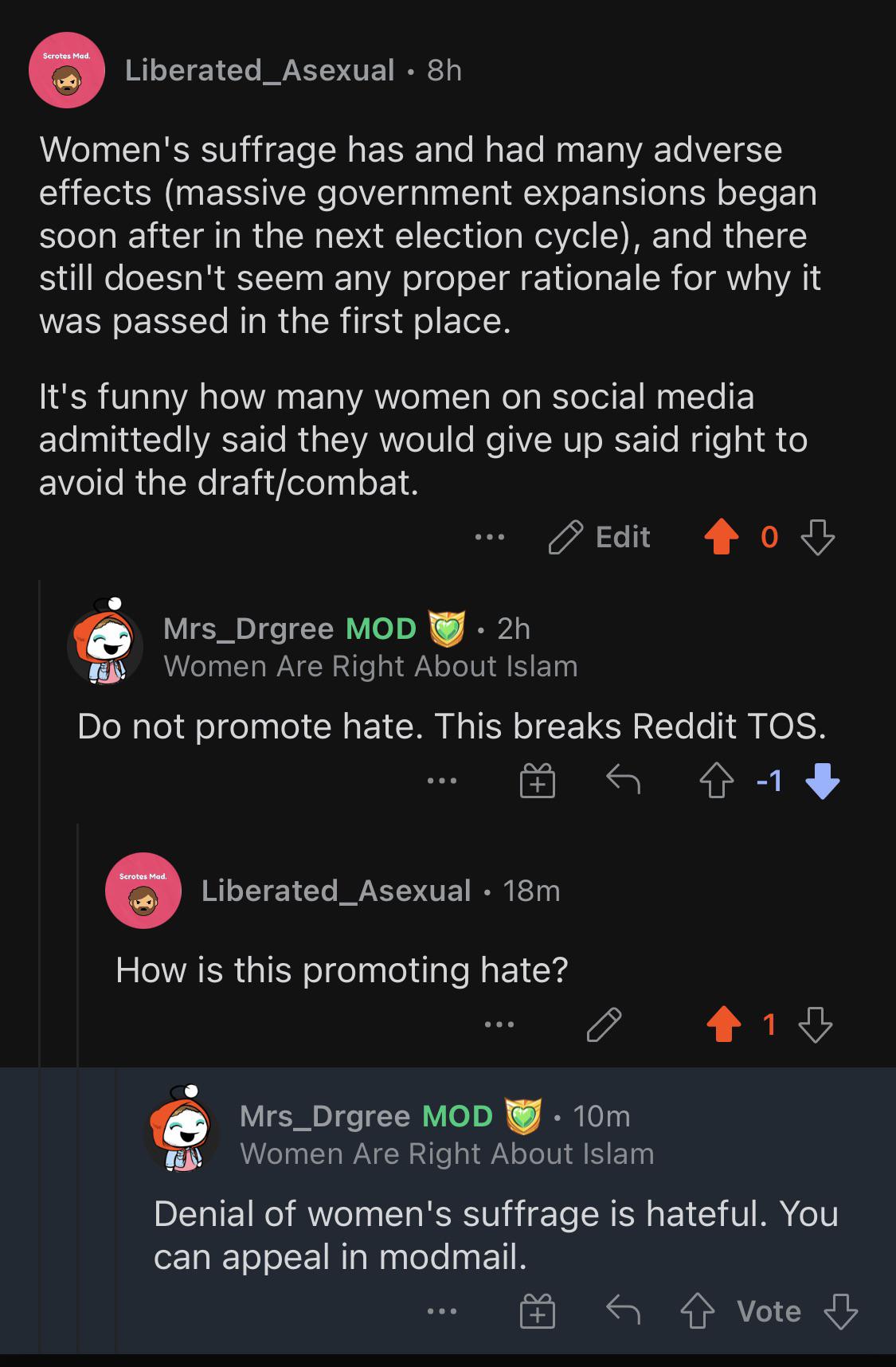 I feel that feminists/most women will never be able to empathize with men's issues, because they've been indoctrinated their whole life to see men only as oppressors and subjugators

It appears people are doing gender swap experiments on /r/socialskills. On a side note, Reddit is probably the worst place to learn social skills from. Dear God do I hate this website...

The "bar is on the floor" for relationships for men only because the selective pressure to get into relationships has gone through the stratosphere.

datepsych’s analysis on black pill viewpoints (worth a read IMO)