for those of you who haven't watched "self made man" it's highly recommended and gives a unique perspective about a lot of social misconceptions human society is constantly obsessing with, RIP. 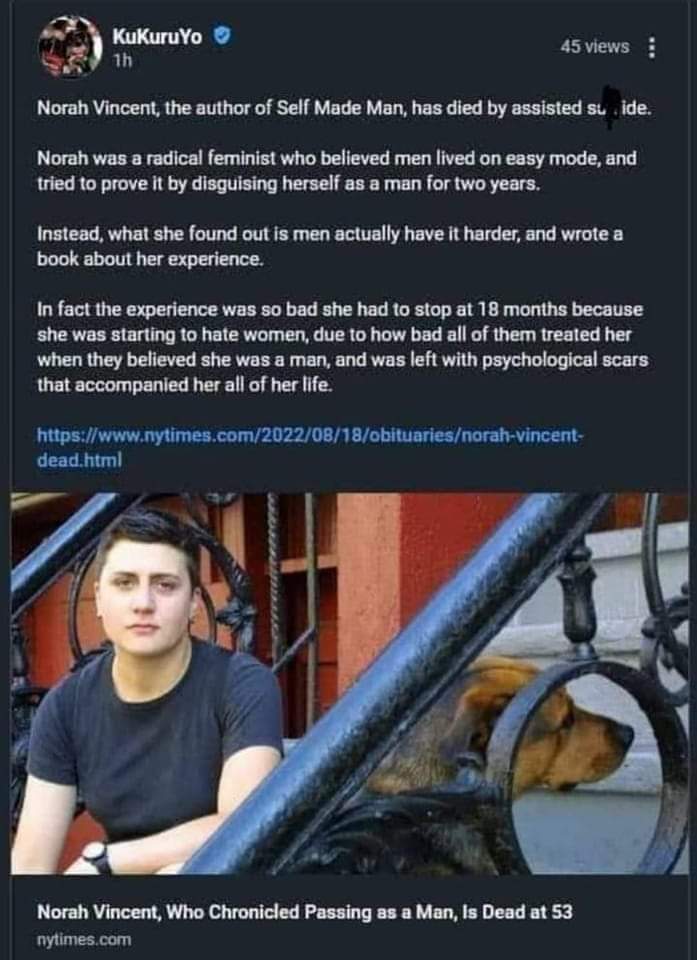