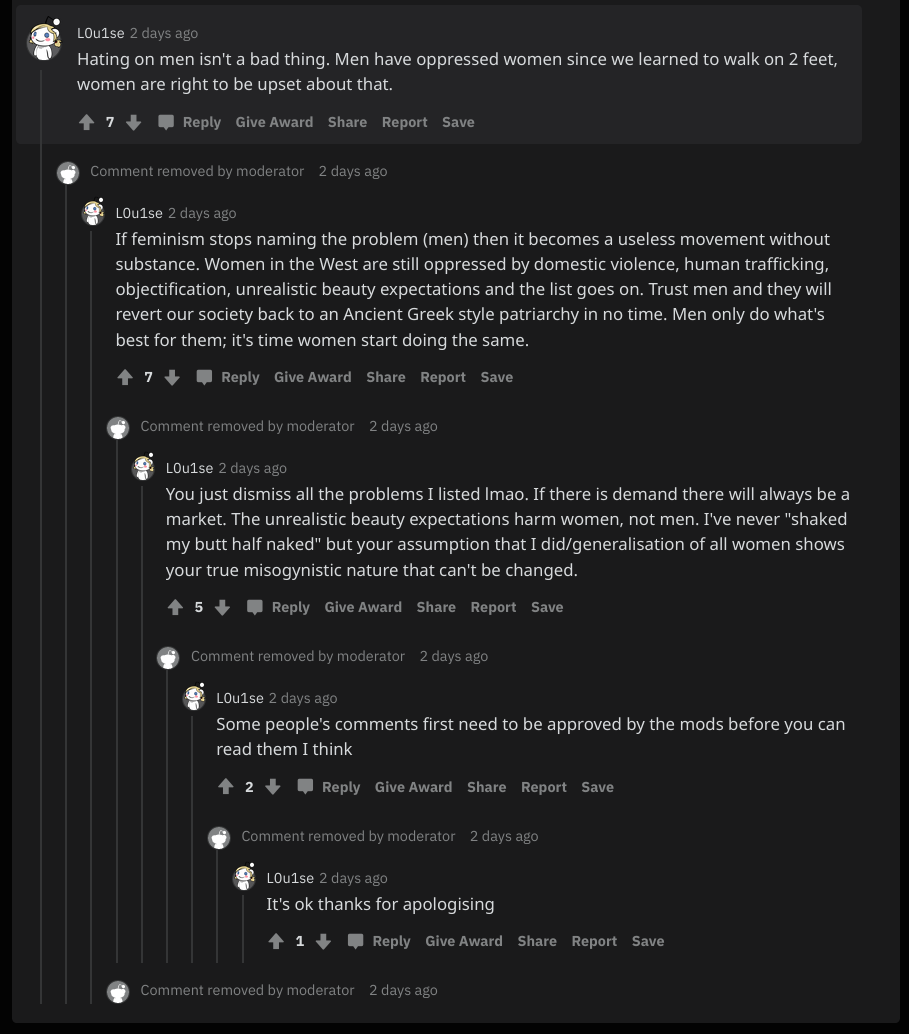 Sexism: See it, Name it, Stop it

For this March 8, let's collect evidence of the damage done by feminism

Wanting equal rights doesn't qualify you to be a feminist

Call for exodus: they won't be able to censor us outside of Reddit

The epidemic of false accusations in Spain (documentary)

Peru's president: young men that don't study of work will be forcibly enlisted in the military

Our World in Data: Wrong information about women employment