The only thing men care about their partners is that they wear make up and have sex. Every single man on the planet is disinterested in their partners wellbeing, growing together, having a family or building a relationship. EVER. SINGLE. MAN. EVER. 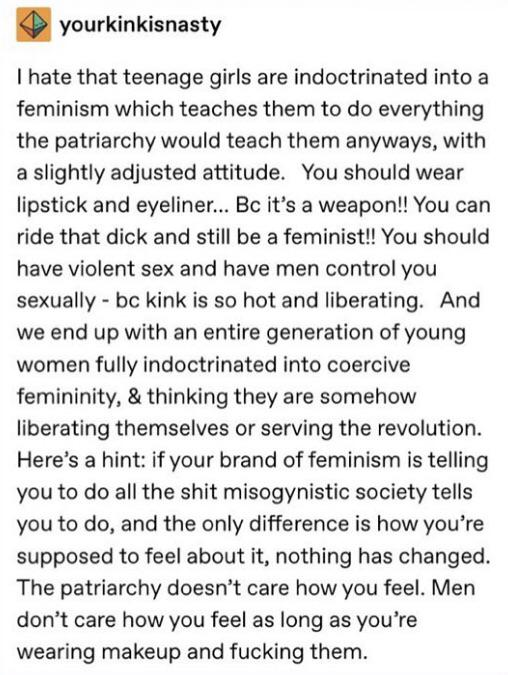 Men are sick fucks and should be exterminated

Feminists continue to attempt to normalise misandry and explain why it’s ok.

The latest thing that's all men's fault? The beauty industry.

Some people still drinking the Kool-Aid

A break from the misandry, for 5 seconds. Just to give us all hope that #notallwomen hate men (but enough to make men scared)