"There are more women on earth, take society over from men." 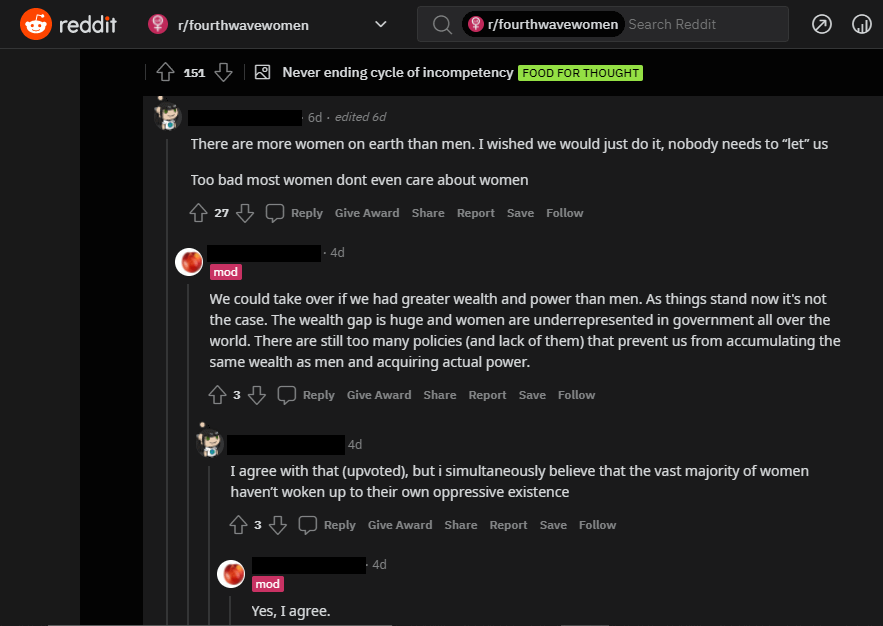 r/fourthwavewomen suggesting violence as an option against "the patriarchy." Should someone call the FBI?

1) UN: Record number of women and children killed or wounded" (Women were %14 and 10% of civilian casualties) 2) "Priorities will include promoting gender equality. UNICEF requires US$143.6 million to meet the humanitarian needs of women and children in Afghanistan in 2021." History never changes.

Askmen: What's something you can't stand about being a man?

Wikipedia: A Radfem attempted to murder a man, called for gendercide of men for a superior female race to emerge. Killallmen is a joke how?

When was the last time you were treated with any level of innate value, rather than hostility? Childhood, right?

If men are in power, but every single law discriminates against men, is it still a "patriarchy?" Is "Patriarchy" being used as an excuse to push an old, evil, radical feminist agenda?