Don’t be a forever girlfriend 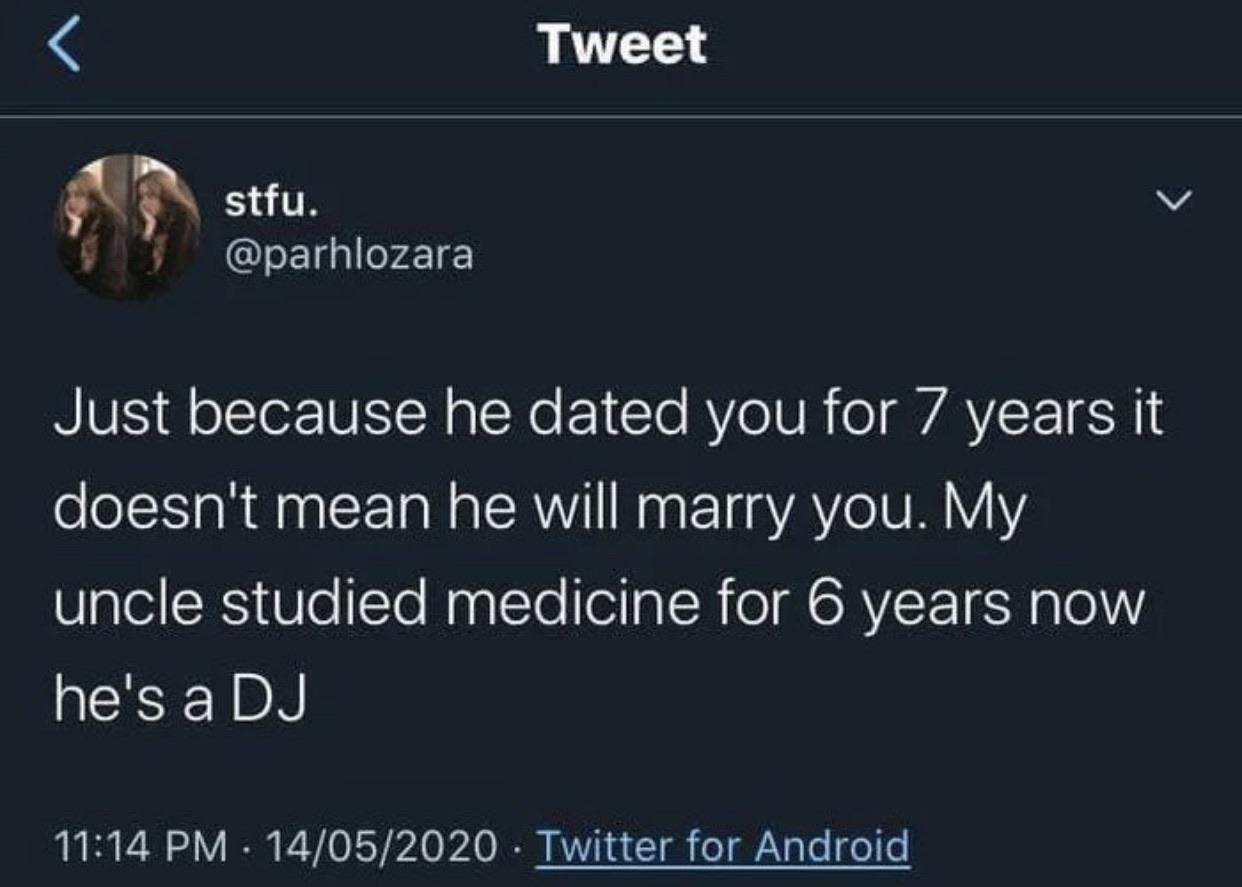 My (26F) boyfriend (35m) choked me until I passed out during sex, waited until he "finished" to check on me

Yesterday my [21F] boyfriend [24M] slapped me for not putting enough makeup on before we had sex. It was the first time he hit me. He apologised last night. Should I give him another chance or dump him now?

My boyfriend proposed to me with a $30 ring. It was a huge fake diamond and he didn’t admit it was fake until my sister saw it on Amazon. He said he did that because for 5 months he paid majority of the rent.

Proof is in the pudding. Don’t try and build a man.

My kink to be choked is totally healthy guys. It’s empowering and I’m respected for it