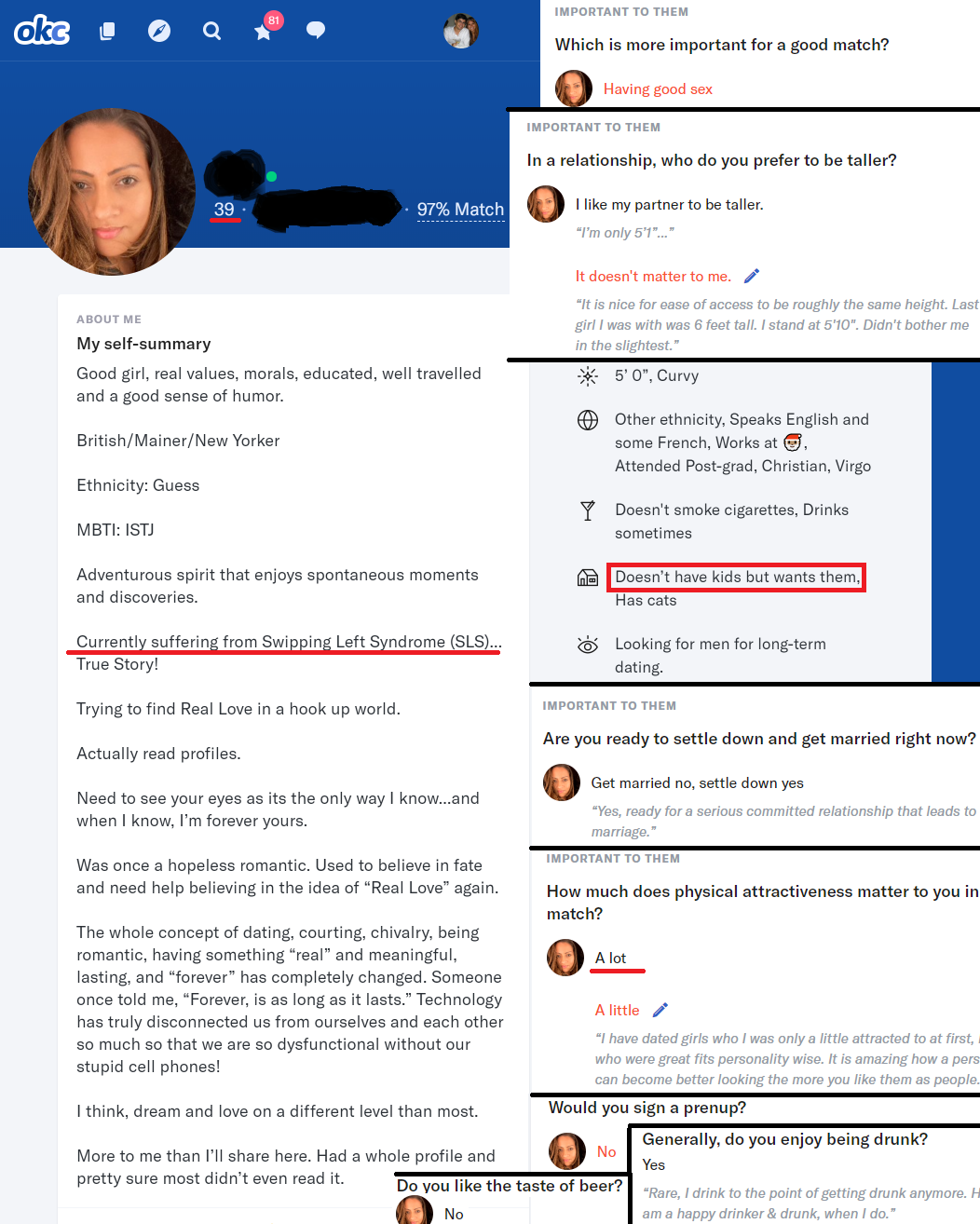 TheRedArchive is an archive of Red Pill content, including various subreddits and blogs. This post has been archived from the subreddit /r/WhereAreAllTheGoodMen.

Is this sub openly for men who are bitter that other men are getting laid and blame women for it? Or am I misunderstanding the nature of the misogyny in here?

Most important thing for having a good match: "Having good sex"

I see your point, but have a different take on it. Religious affiliation is extremely important to a lot of people. I did not even remotely consider the possibility of marrying a woman who was not a Christian, for example, and my wife would not have been interested in me if I hadn't been one.

That said, I don't see the point in her claiming a religion she doesn't practice. By her profile she is sending a very strong signal that she's 1) not serious about one of the most basic "Thou Shalt Not's" of the Christian faith (fornication), but also that she doesn't understand anything about Christian matrimony.

She can be a practicing Christian or she can be a THOT, but she can't be both at the same time, and it's very clear what her choice is.

I don't get the rationale around refusing to sign a pre-nup. It's a sign of "real love", not cause for offence. Smh