She admits feminists want to be a threat, but I'm the downvoted bad guy. 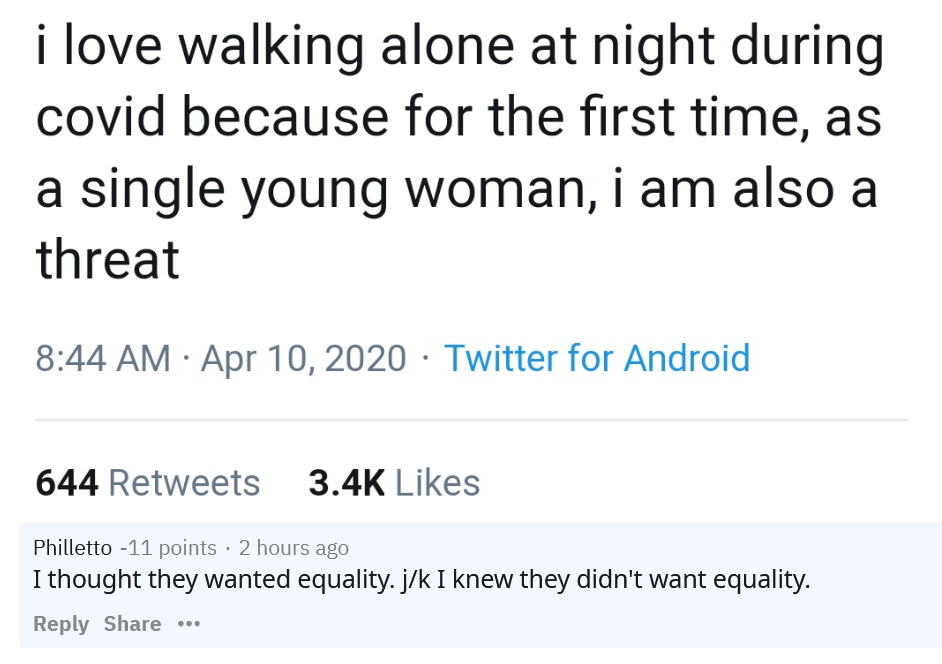