This might be true to some extent but she acts like men don’t get the same shit from women. 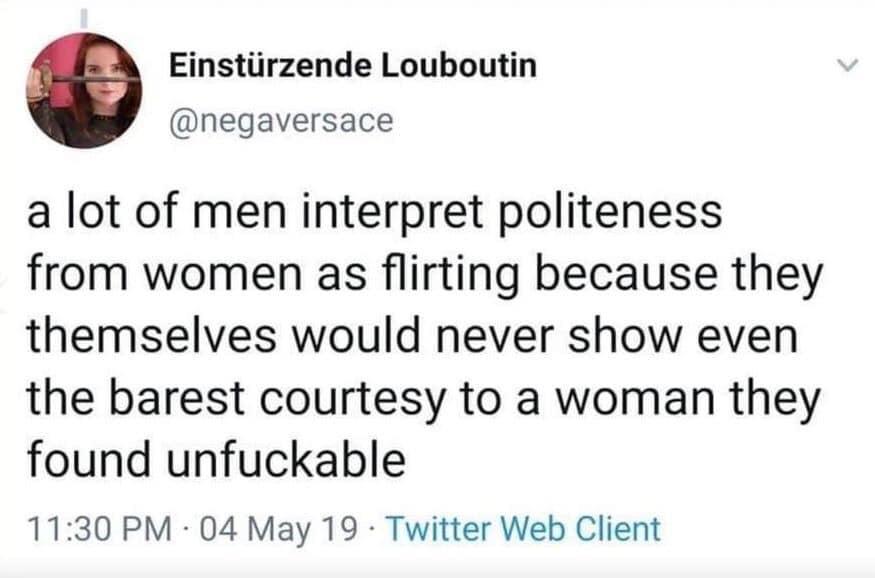