FEMALE PRIVILEGE: Women of all races receive shorter sentences than men for the same crime, even when all variables (prior offences, etc) are accounted for. Sentences for men are on average 63 percent longer than sentences for women. 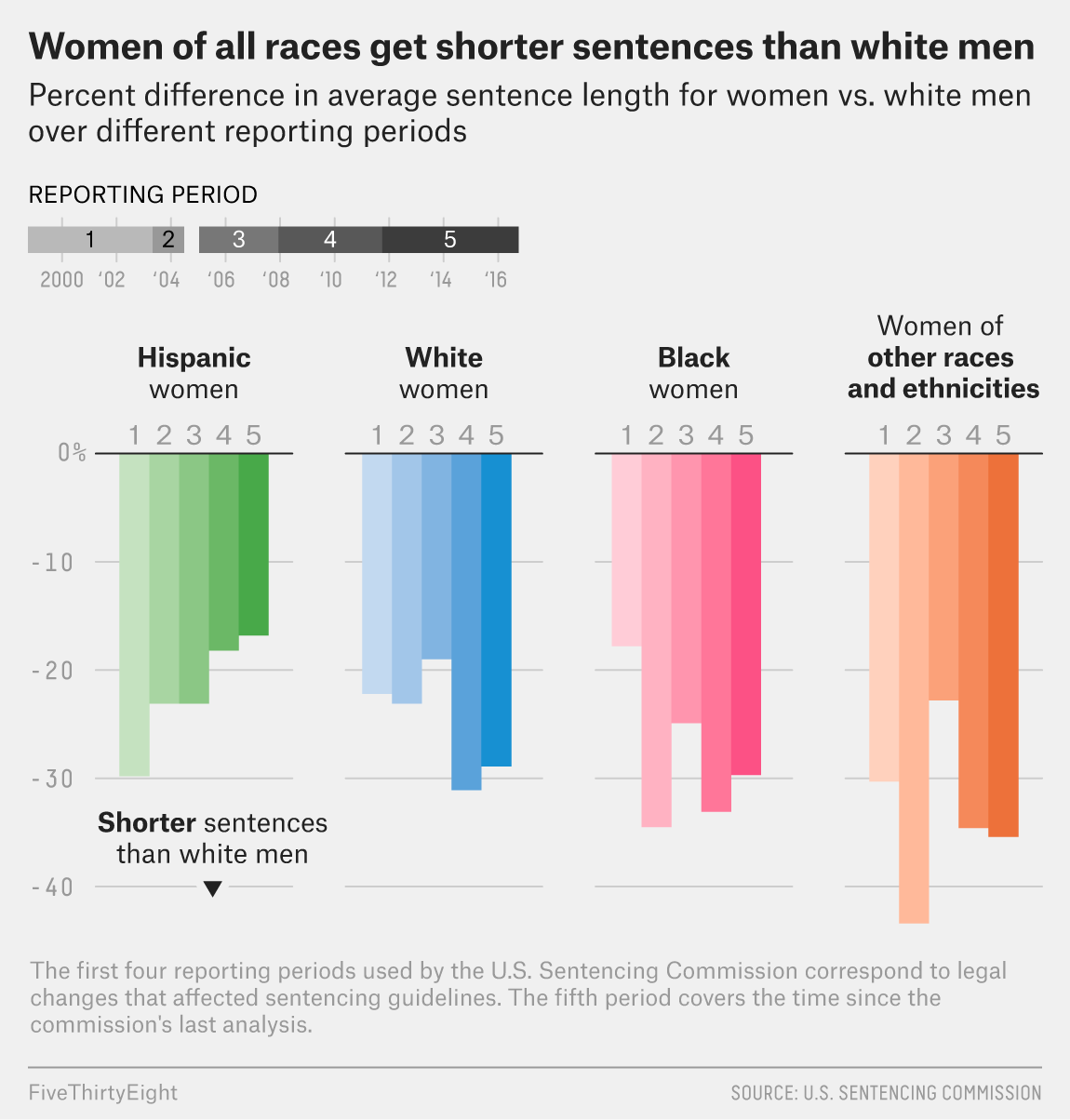