that's why I keep telling myself to avoid "neutral" social pages 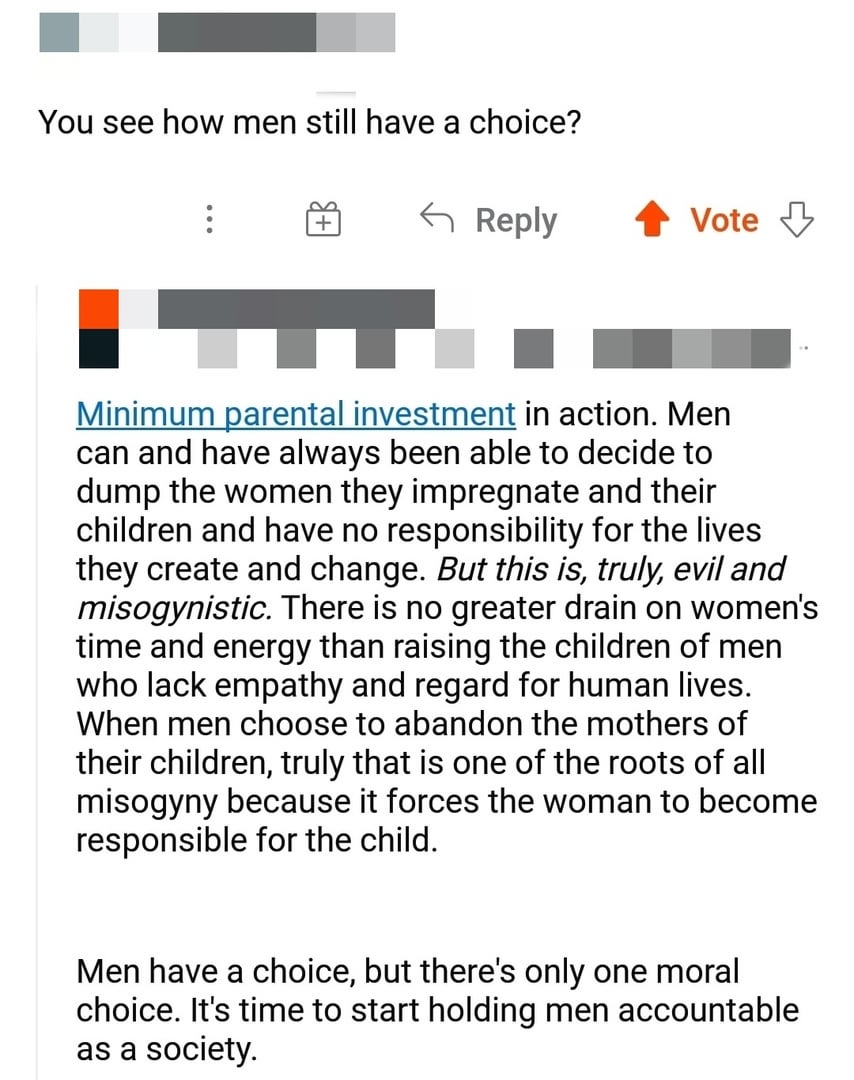 "How does feminism harm anybody?" - "Do you want the short list or the long?"

What does "personal responsibility" mean?

Ugh these weak feminine betas, they're not even real men and that's so misogynistic!

Everyone, stop the misogynistic machine, not pitying female murderers is bigotry

"I work as a person that demands payment from men for humiliating and degrading them, but my clients are filthy disgusting failed psycho pervert males and I'm Virgin Mary. Also, masochistic men are paying me for it because they want to kidnap and kill me. Every woman that thinks otherwise lies"