Some people still drinking the Kool-Aid 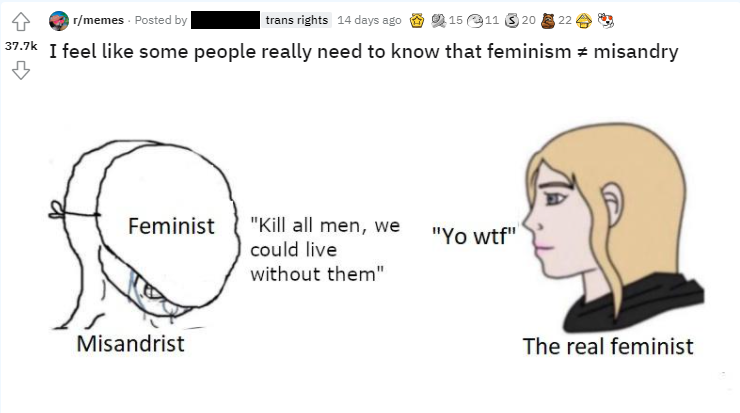 Men are sick fucks and should be exterminated

Feminists continue to attempt to normalise misandry and explain why it’s ok.

The latest thing that's all men's fault? The beauty industry.

A break from the misandry, for 5 seconds. Just to give us all hope that #notallwomen hate men (but enough to make men scared)

Feminists don't believe in equality during the Kabul evacuations.