This idiots really need to read the "Yes it's systemic" graphic. They're really so consumed by their ignorance of all the systemic misandry 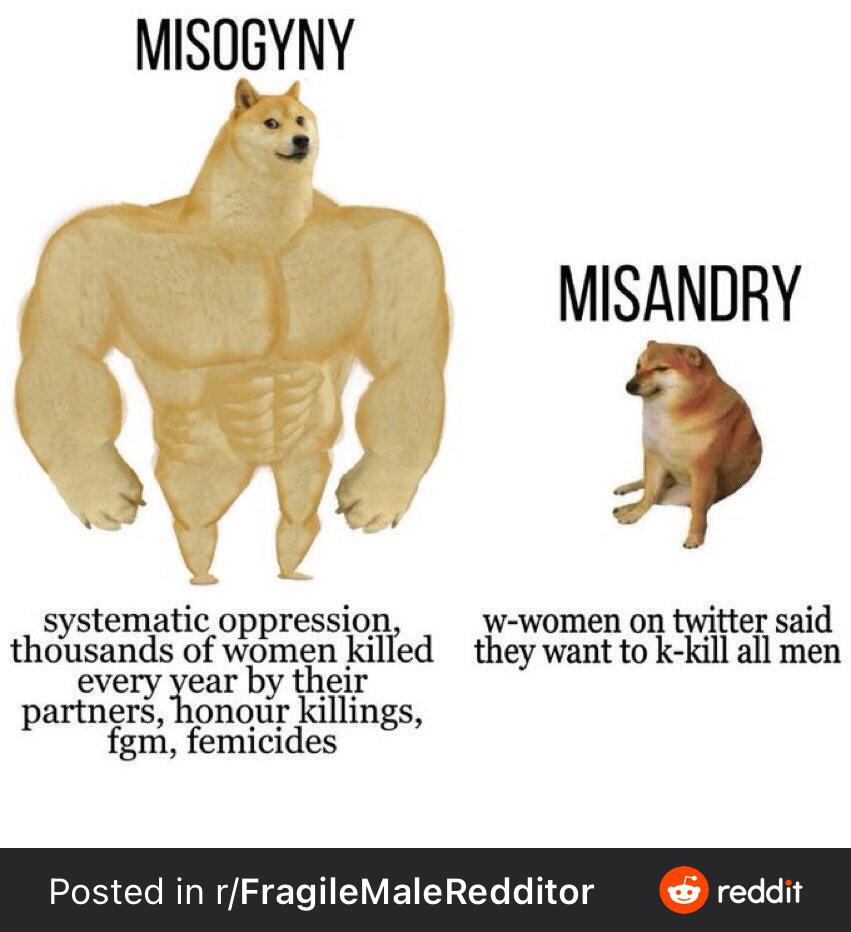 Maybe if you just communicated instead of faking?

Feminists literally jumped to complain about misogyny when this happened to Billie but it was all *crickets* when she said the shit. Just another to a long list of examples of feminists having double standards.

Gender roles for thee, but not for me

It's okay guys they're just not REAL feminists. /s ... I found it on IG but it seems like OP's page has been terminated or something otherwise I woulda linked it.

I found this on someone's IG bio. It describes feminism so accurately..

Has anyone noticed that everyone complaining about the 'missing white woman syndrome' only seems to be angry at the white part of it but not the "woman" part?

Man I'm tired of women blaming me for not crying enough and never calling out this shit. How am I supposed to deal with these it is honestly driving me to the point of self hatred. How do I deal with this? Please Help! I feel so weak and defeated.