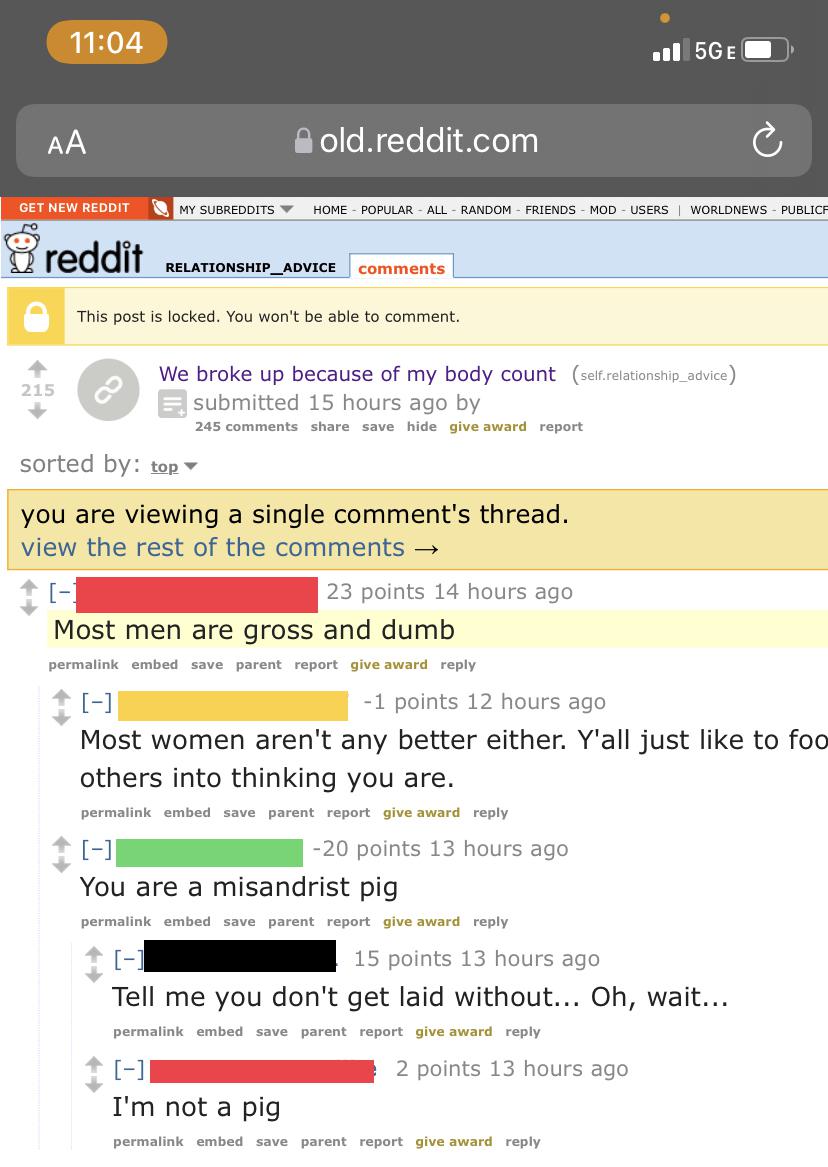 Women care about sexual histories. They just don’t want men to too.

Women physically abuse their male partners at rates comparable to or moreso than the reverse, yet men are primarily cast as abusers and women as victims, studies show

Her body count is a strong predictor of infidelity

Why her body count matters

Her body count is a strong predictor of divorce